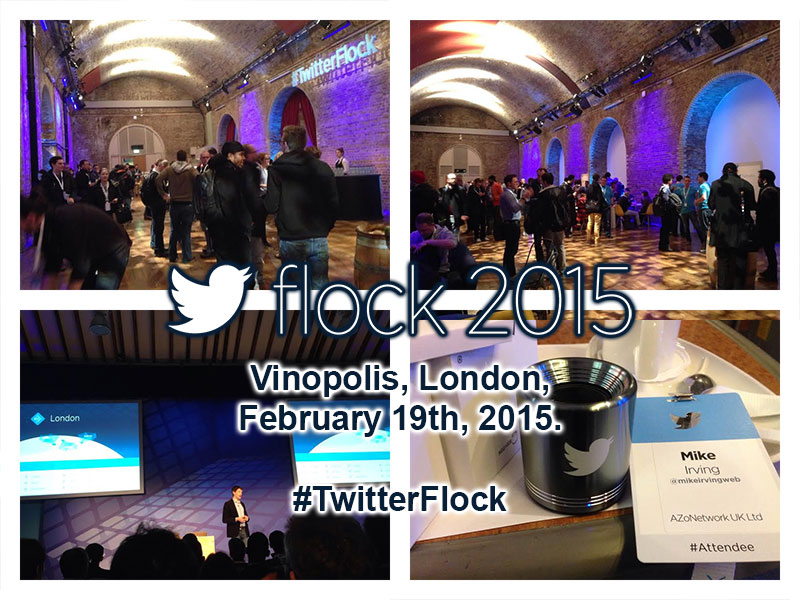 Yesterday I was amongst 400 Software Developers gathered in London at quite possibly most interesting, inspiring and genuinely useful Developer Event I have been to!

We were gathered as invitees of Twitter, to learn about Fabric - Twitter's Mobile Development Platform, as part of their Flock 2015 World Tour.

According to my name badge, I was an #Attendee, and I'm glad I was there.

I was inspired by the ease of installation, and integration of these SDKs, and how features were consistent across both iOS and Android, with efforts made to keep the syntax the same on each platform.

We heard from big name App Developers who have leveraged Fabric to propel their apps to great success.

Also in discussion were MoPub, Twitter's Ad Mediation platform, and Twitter Ads, a great tool for promotion of mobile apps via "sponsored tweets".

During networking, I met some other great developers, and was inspired by the positive atmosphere, whilst enjoying great hospitality.

I have been using Twitter Ads for some time, and since the event I have started using Twitter Cards. I intend to integrate many aspects of Fabric into both my existing apps, and future projects, including Crashlytics, Answers, Twitter Login, Tweet Embeds and MoPub.

Thanks to @TwitterDev and @TwitterUK for such a great day, I hope to be back for Flock 2016!

• Dot Net North on Meetup.com
Previous Blog Entries
03
Jul
2014
Hello Android, Hello Windows Phone
I was an early iPhone adopter, buying an iPhone 3GS back in 2009. Within a year, I turned my attention to App Development on iPhone, and shortly afterwards the newly launched iPad. My Apps continue...

• Read This Blog Entry
17
May
2014
//publish/ Windows, MadLab, Manchester
Yesterday I was at MadLab in Manchester to attend the Northwest England leg of Microsoft's //publish/ Windows event. Across 48 hours, 60 //publish/ events have taken place worldwide, to encourage p...