Fun with Kotlin, Func with Swift! 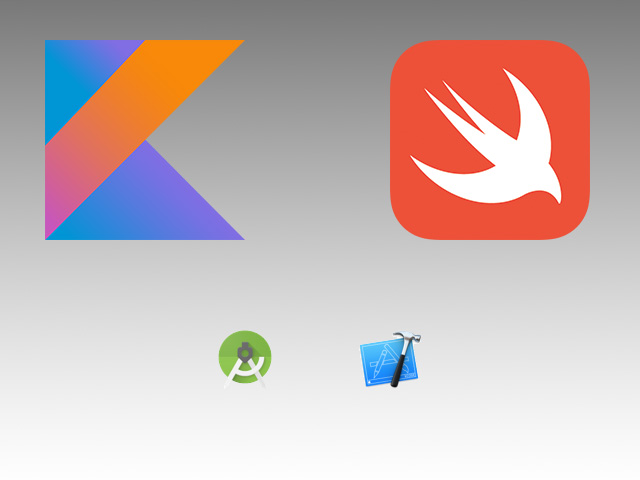 After nearly two decades as a professional software developer, I have had the opportunity to code in a variety of languages.

Constants throughout most of this time, have been both C# and JavaScript, perhaps testament to my work in Web Development.

In the past decade, I have also spent much of my time as a Mobile Software Developer, and have worked in many flavours from Native, to Xamarin / C#, and Cordova / HTML 5 Apps.

Whilst I'd often utilise, and champion, such approaches as Xamarin.Forms for Cross-Platform mobile dev, I also understand the performance benefits, and eco-system benefits, or writing pure native code, in the languages offered by the platform providers, namely Apple and Google.

Whilst I have spent many years coding in Objective-C for iOS, and Java for Android, I have had the pleasure this year of working on a new mobile app project for a local business, and we decided to go fully-native, with both Swift on iOS (in Xcode) and Kotlin for Android (in Android Studio).

Whilst I have had to build two complimentary App UIs, and I have much preferred coding the user interface on iOS, I'd have to say that from a code perspective, both Kotlin and Swift have been a pleasure to use. I look forward to using both of them more as time goes on.

Both are part of a new wave of modern syntax languages, and are very similar in structure and power.

As an example, I've included some brief code samples below, encompassing variables, and a function. Hopefully you can see, at a glance, how similar and interchangeable they are. A huge advantage when working multi-platform!

26
Jan
2021
Co-organiser at Dot Net North:
Get Git in One Hour
A Meetup for the Microsoft Developer Community. Online event.

• Dot Net North on Meetup.com
Previous Blog Entries
31
Dec
2018
Dev Events, a look back at 2018
Over the past year, I have been lucky enough to be on the organising teams of two local user groups. We have organised some very successful, well attended, events, at a variety of venues. Early ...

• Read This Blog Entry
25
Jul
2018
Video: Free SSL with Let's Encrypt
Earlier this month I did a presentation on Free SSL / TLS with Let's Encrypt, from a Windows Server / IIS viewpoint, at the Dot Net North developer meetup in Manchester, which I happen to co-organise....